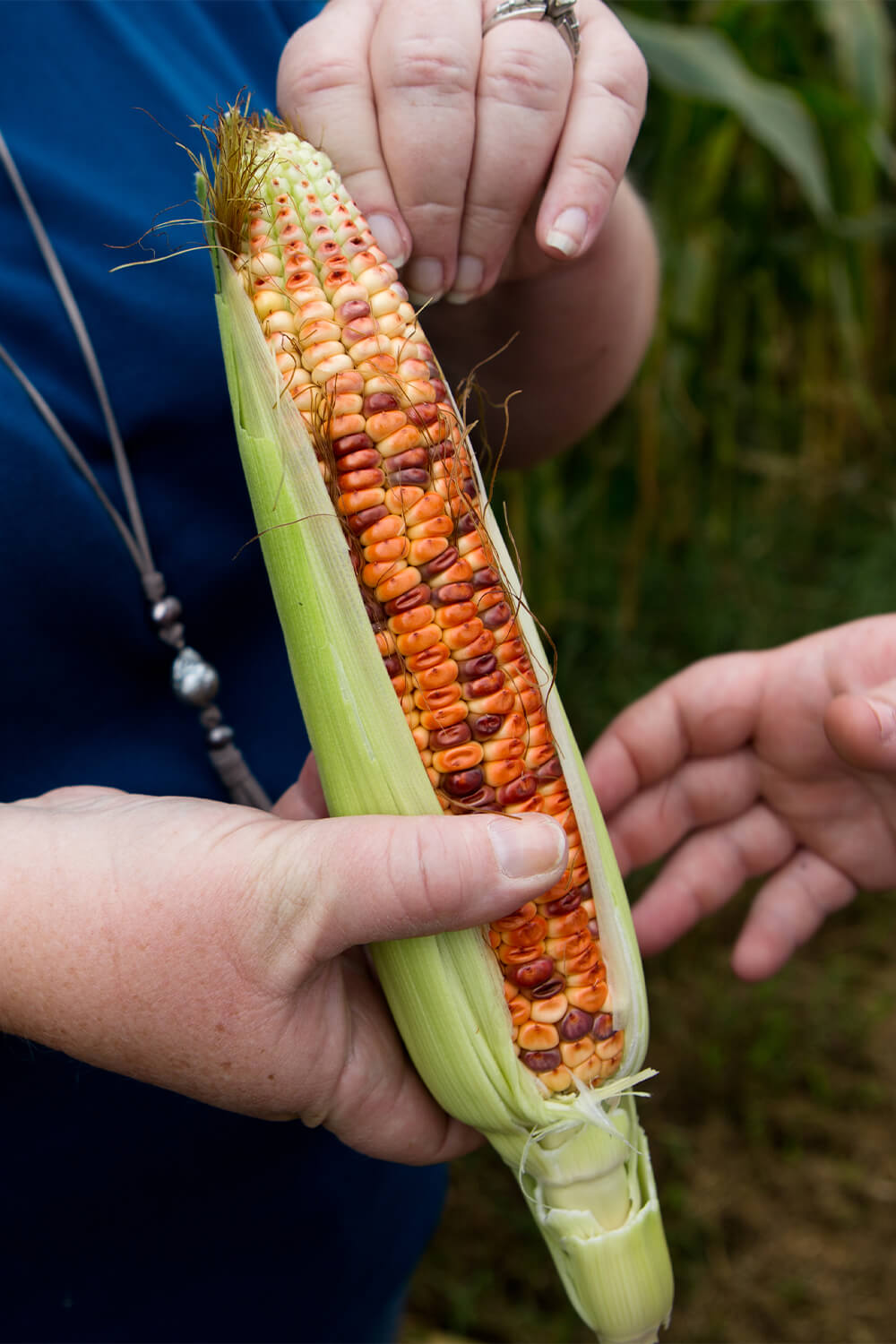 During the eighteenth and early nineteenth centuries, Americans made spirits out of anything they could get their hands on. The distilling world of that era was defined by experimentation and frugality (utilizing surplus crops that might otherwise go to waste), and distilling manuals from that time are chock full of advice about distilling items as unlikely as carrots, parsnips, and whortleberries—items that might seem weird to modern palates. There were inevitably failures—carrot spirits still struggle to ignite the passions—but a few obvious winners emerged, particularly corn.

Corn’s majesty wasn’t obvious from the beginning, though. America’s earliest distilling industry was based mostly around rum; sugar and molasses were imported from British-controlled parts of the Caribbean to distilleries located along the East Coast. However, after the start of the American Revolution—which limited imports of those sugar products—Americans began distilling more spirits from homegrown grains. At first, this largely meant rye, which thrives along the East Coast and results in a spirit with a spicy, somewhat peppery kick. On its own, rye has a wonderful flavor, but for some people that spicy, vegetal flavor can be a bit much, like listening to hard rock when you’re in the mood for something more mellow.

As greater numbers of Americans moved west into the Ohio River Valley after the Revolution, they discovered that rye didn’t grow as well as it did back east. Corn, however, grew in such great abundance that there were often large surpluses of it. Since it was difficult to get those surpluses to faraway markets (profitably, anyway), the best option was to distill them into whiskey. This whiskey was typically sweeter and more mellow than those made exclusively from rye—some might say a little too sweet and mellow, like listening to smooth jazz when you’re really in the mood for something with more of an edge.

Which is when bourbon’s “big bang” happened—a moment of serendipity, luck, and happenstance. Distillers increasingly began making whiskey out of a combination of corn and rye, for reasons that were partly economical (surpluses and whatnot) but also made sense from a flavor perspective. Corn, with its sweetness and body, provided bourbon’s traditional base—think of it as a band’s rhythm section, laying down a song’s foundation—while spicy rye, used in much smaller amounts, livened things up with a little melody. It was a perfect combination, where the whole is greater than the sum of its parts. It’s also a reason why bourbon deserves its reputation as a uniquely American product. Not only is it made from grains reflecting America’s geography, its recipe evolved in part because of Americans’ migratory patterns.

Over time, however, bourbon’s dynamic nature began to stagnate. The industry consolidated down to just a few giant corporations that made bourbon in a very specific way. These were very good products, no doubt, but one couldn’t help but miss the dynamism that once defined the industry: the willingness to experiment and the existence of a diverse mix of distillers who brought variety to the marketplace. Not just variety in terms of brands, but variety in terms of corn. As the industry consolidated, distillers went from using an eclectic mix of heirloom corns (all with slightly different flavor profiles) to primarily using yellow dent No. 2. It’s a fine type of corn, but it’s sheer dominance today obscures the diversity that once defined bourbon mash bills. It’s a little like listening to an album where every song is in the same key—yes, it might be a pleasant-sounding key, but sometimes a little variety is needed to keep things interesting.

Fortunately, variety is returning to the bourbon landscape. During the past two decades, the number of craft distilleries such as Jeptha Creed has ballooned, and some of them have eagerly embraced long-forgotten techniques and ingredients, including heirloom grains such as Bloody Butcher Corn. It’s an exciting time for bourbon—a new “Golden Age” perhaps—in which the path forward is found in the past. Today, history is so often seen as the source of our discontents, but it’s worth remembering that it can also be the source of remedies to our modern woes, or at least the source of a new chapter in whiskey history. A uniquely American spirit, indeed.