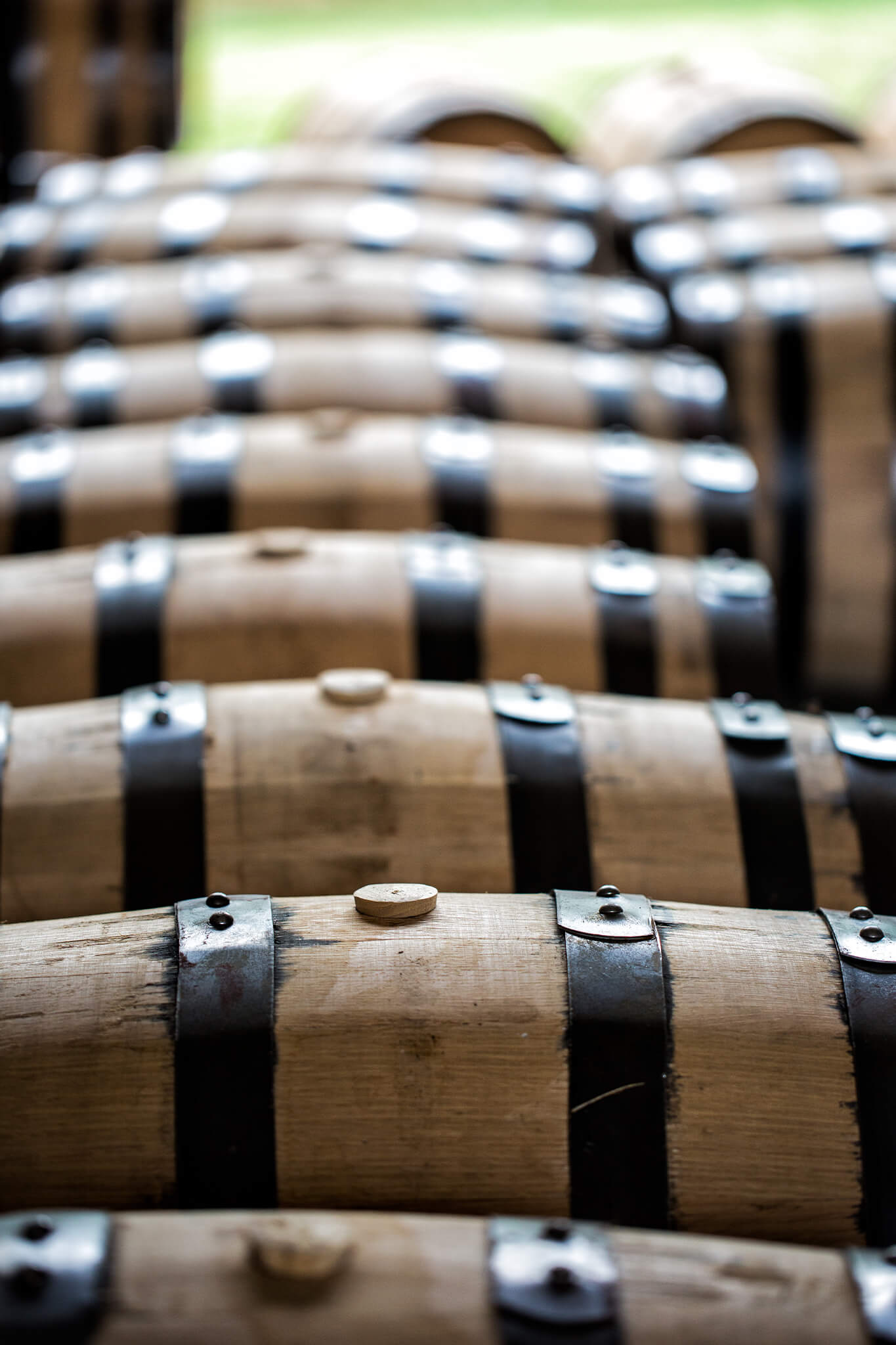 Kentucky recently passed a regulation allowing distillers to ship bottles directly to customers from the distillery. There had to be a change in state law in order to allow this to happen. There is no Federal regulation to prevent the shipping of alcohol in the mail. Such regulations are all coming from individual state governments. To understand why this is the case, we must look back at the history of mail-order whiskey.

The 19th century heralded the birth of big, industrial distilleries but the century started off with small distilleries, often based on a farm, but usually regional in distribution. These small distilleries made barrels of whiskey and sold them locally to taverns, liquor dealers, and to individuals. Distilleries often had a building where consumers could bring their own jug or flask and purchase their whiskey from a barrel. Bottling whiskey was not done at the distillery level. Bottles had to be hand blown and were expensive. Bottles would cost two or three times as much as the whiskey they held. There was only a cottage industry of bottle making. There were liquor merchants that bottled whiskey for the consumer, but the cost of this bottled whiskey kept that a small part of the sales these merchants made every day.

In the 1880s, the industrial glass industry was born when the machine-blown bottle process was introduced. This improvement of technology brought the cost of individual bottles down drastically. It became economical for whiskey to be sold by the bottle and distilleries started bottling their own products. With this smaller package of 6 or 12 quart wooden cases of bottled whiskey, it became economically feasible for consumers to purchase cases of their favorite brands of whiskey directly from the distilleries. The mail-order whiskey business was created and many distilleries advertised in newspapers, magazines, and trade journals for direct shipping of cases of whiskey to consumers. A consumer could get a case of 6 quarts of their favorite whiskey for as little as $10, shipping cost included. Unfortunately, the whiskey industry did a poor job of policing themselves and many distilleries abused the system and sold whiskey without restraint by mail. In the long run, this hurt the industry and helped the temperance movement.

At the same time as this mail-order business was taking off, the temperance movement was gaining momentum and several states voted themselves “dry” and alcohol-free. They prohibited the production and sale of alcohol in their state, but mail-order whiskey meant that whiskey was still being delivered to individuals in that state. The Federal government could not prevent the mailing of alcohol between states. In fact, the Federal government is charged with protecting free trade between individual states. This meant that individual states had to pass laws preventing the shipment of alcohol into their state. Many states, including Kentucky, passed such laws in the first two decades of the 20th century.

In 1920, nationwide prohibition went into effect. This failed experiment was repealed on December 5th, 1933, but there were still many state laws that were not affected by repeal. This included the ban on the shipping of alcohol into the state of Kentucky. It took over eight decades for the Kentucky legislature to change this law to allow Kentuckians to purchase bottles of alcohol at distilleries and to ship them home.

Now the law was changed because of the growing Bourbon tourism industry in Kentucky. This growth of tourism, combined with the rising popularity of Bourbon, has led to many changes in the state laws and regulations that date back to 1933 and the repeal of prohibition. First, the distilleries had to get laws changed to allow them to sell bottles at the distillery to visitors, then they had to get changes made to allow the shipment of bottles directly from the distillery to the homes of the consumers.

These changes in state law have made it possible for many small, artisan distilleries to compete in the whiskey market. It is often hard for these small distillers to get a distributor for their products. Even when they do, their products are usually a low priority to the distributor compared to high volume brands from the major distillers. Direct shipment means they can get bottles to consumers that might not be able to purchase them otherwise. This is good for the individual distilleries, but it is also good for the industry as a whole and for consumers. It is also good for the state of Kentucky as healthy, growing distilleries means more jobs and tax revenue for the state’s coffers. Every Kentuckian should be happy to see this change in the law as Kentucky’s distilling industry and Bourbon tourism continues to grow in the 21st century.

If you live in the state of Kentucky, you can order Jeptha Creed spirits to be delivered to your door here: https://jepthacreed.distilleryspirits.com/