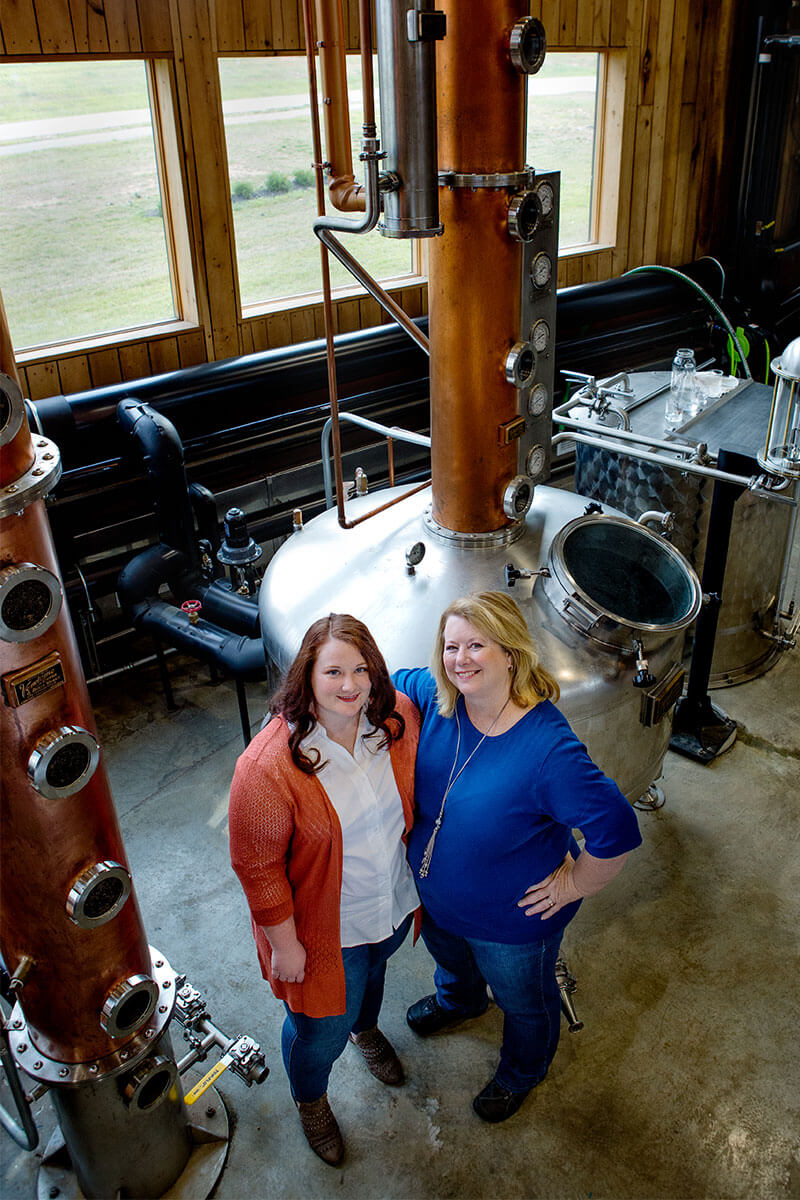 Though women have always been involved in the distillation process, throughout modern history, the distilling industry has become largely dominated by men. That’s changing, slowly but surely, as more women feel empowered to enter the field. International Women’s Day is March 8, and we observed it by sitting down with our owners to talk about what it’s like to be women in distilling.

When Jeptha Creed owners Joyce and Autumn Nethery decided to pursue opening a distillery, they didn’t let the fact that they were women entering a male-dominated field intimidate them. Joyce said “I grew up doing all of the same things that the guys did. I was one of the first girls to take shop class in school. I never let the fact that I was a girl stop me from doing what I wanted to do. Opening the distillery was intimidating because it’s a big project with a lot of elements to consider, but the fact that I was a woman wasn’t a factor.”

Autumn agrees. As one of the youngest distillery owners in the country, she says, “being a woman wasn’t the intimidating part of the process, it was the fact that I was so young. Having just graduated from college and being in the same room with people who’d been in the industry for 10, 15, even 20 years, that was intimidating.”

One thing that neither of them expected was the fact that their career choice might empower other women. “Sometimes women come into the distillery and get really excited to discover that we’re women-owned. That always surprises me,” Autumn says. Joyce adds, “it’s very humbling and encouraging.”

Recognizing their capacity to inspire others with Jeptha Creed, we had to ask: “What would you say to a young woman intimidated by pursuing her dreams, because she’s interested in a field dominated by men?”

“Embrace that intimidation,” Joyce says, “and use it to encourage you. Let that drive you to be excellent. Your excellence will help earn you the respect you deserve.” Autumn adds, “don’t let your gender dictate what you pursue. Whether it’s a male-dominated industry, or you’re the only girl in your class, who cares? If you have the passion and skills, go for it.”